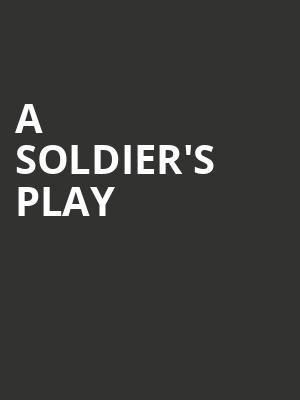 Official images of the Broadway production

a bracing slap of a drama, a thoughtful examination of American bigotry and the many tolls it exacts

Why See A Soldier's Play?

Continuing their groundbreaking exploration of the racial tensions that are indelibly imprinted on America's past and present history-in-the-making, the Roundabout Theatre company presents a hotly anticipated tour of Charles Fuller's 1981 Pulitzer Prize-winning play A Soldier's Play starring Norm Lewis and Eugene Lee. Premiering Off-Broadway and featuring a then-unknown Denzel Washington, the thought-provoking drama was also awarded the Drama Critics' Circle Award for Best American Play and revived in a critically acclaimed Off-Broadway production in 2005.

Brought to the stage by director Kenny Leon, who won the 2014 Tony for Best Director for A Raisin In The Sun, and starring In Living Color regular David Alan Grier and Grammy-winning actor Blair Underwood, A Soldier's Play subverts expectations and experiments with storytelling form and structure to weave a poignant portrait of the shooting of an African-American soldier and the events that follow.

What Is A Soldier's Play About?

Part military drama, part whodunit, part courtroom procedural, the story takes place within the racially segregated US Army base in Fort Neal, Louisiana in the mid-40s. When an African American sergeant by the name of Vernon Waters is murdered, Captain Richard Davenport, an African American army officer (a rarity), is called upon to investigate the death, commencing a whirlwind of gripping tension that rises and envelops the audience in its frank examination of racial stereotypes and relations.

One hour and 50 minutes with one intermission

Best Revival of a Play

Best Scenic Design of a Play

Best Costume Design of a Play

Best Lighting Design of a Play

Best Direction of a Play

Seen A Soldier's Play? Loved it? Hated it?

Sound good to you? Share this page on social media and let your friends know about A Soldier's Play at Fitzgerald Theater.