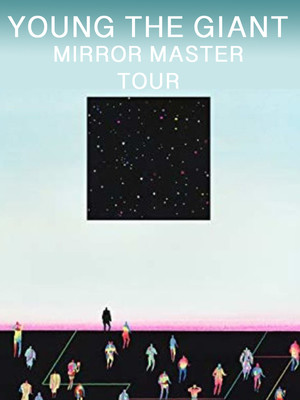 Why See Young The Giant?

The California-based indie rockers are headed out on a national tour, in support of their fourth studio album, Mirror Master. First coming to widespread prominence in 2010, their debut album was recorded old-school style, with a focus on only recording material that they could faithfully recreate for a live audience, the recently released album focuses on growth and personal self-awareness. Supporting Young The Giant on selected dates is Canadian singer LIGHTS and art-pop band Sure Sure.

Their first three singles off their previous album found instant popularity with "My Body", "Cough Syrup" and "Apartment" all placing within the top five spots of the US Alternative Songs chart upon release. Their newest singles off the Mirror Master album are fast finding their feet, including 'Simplify', 'Call Me Back' and 'Superposition'.

Went to YTG concert last night. They were fantastic! Music was flawless.... more

Sound good to you? Share this page on social media and let your friends know about Young The Giant at Palace Theatre St. Paul.