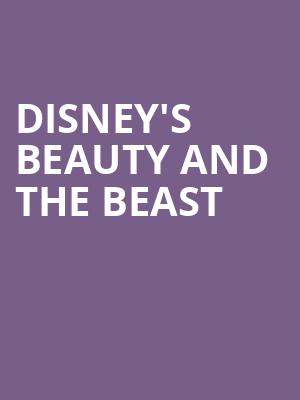 Disney's Beauty and the Beast

Why See Disney's Beauty and the Beast?

A Tale As Old As Time

This timeless masterpiece has been given life on stage and screen, first as a feature animated film by Disney and later as a hit Broadway musical. Now this touching love story will be performed on-stage in as a local production.

Beauty and the Beast follows the fortunes of Belle, a smart, beautiful young woman living in a quiet village in France, pursued by the not-so-sharp local heart-throb. Her visit to the local castle takes her on a whole new adventure when she comes face to face with The Beast, and must decide whether to look beyond his outward appearance, or to shun and despise him as the villagers have done.

Suitable for audiences of all ages

Sound good to you? Share this page on social media and let your friends know about Disney's Beauty and the Beast at Ordway Music Theatre.