Sorry! You missed Ever After at Ordway Concert Hall 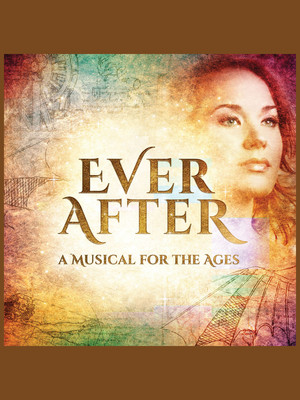 No doubt about it, Heisler and Goldrich deliver a finely wrought musical landscape that is beautifully realized by this company

Why See Ever After?

Cinderella But Not As You Know Her

Step into a revamped fairytale with Danielle de Barbarac, the feisty, independent heroine of the critically acclaimed Cinderella adaptation 'Ever After', which comes to the Ordway Concert Hall this winter! With music, lyrics and book penned by Marcy Heisler and Zina Goldrich, the dynamic writing duo behind popular children's musicals 'Junie B. Jones' and 'Snow White & Rose Red (and Fred)', the production first made a bow at New Jersey's Papermill Playhouse in 2015 before enjoying regional performances all over North America.

The all-singing, all-dancing musical is based on the 1998 cult-hit feature film of the same name starring Drew Barrymore as the two-dimensional Brothers Grimm damsel in distressed turned feminist hero whose destiny is firmly in her own hands. Of course, her wicked step-mother (portrayed in the film by a deliciously devilish Anjelica Houston) and bumbling step-sisters have their own ideas about Danielle's future, but you'll find no pumpkin carriage or Fairy Godmother here. There is a glass slipper however...

What Is Ever After About?

Set in 16th century France, the story begins with an excited young Danielle eagerly awaiting the arrival of her new mother and sisters. Her father, a wealthy landowner, sings her a sweet lullaby (which becomes the production's main theme) as they settle into their new life, but tragedy waits in the wings. Danielle's father suffers a heart attack, leaving her at the mercy of Rhodmilla de Gent and her catty daughters, who show their true colors as soon as he's shuffled off this mortal coil. Growing up, Danielle is forced to cook and clean for them, and although is maltreated she still retains her stubborn streak, sense of justice and good-natured kindness.

When Rhodmilla sells off a fellow servant into slavery to repay her debts, Danielle bravely impersonates a noblewoman to set him free, meeting the dashing Prince of France in the process and catching his eye. Loyalty, love, jealousy and desire collide in spectacular romantic fashion, but unlike Cinderella, Danielle sets out to make a happy ever after for herself after learning just how courageous she truly is.

Sound good to you? Share this page on social media and let your friends know about Ever After at Ordway Concert Hall.